The Mississippi Legislature amended the Fault Grounds for divorce last term to include spousal domestic violence and tweaked the corroboration requirement. The current Fault Grounds for Divorce are below. You only need one. 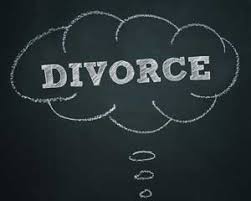 Spousal Domestic Abuse may be established through the reliable testimony of a single credible witness, who may be the injured party, and includes, but is not limited to:

That the injured party’s spouse engaged in a pattern of behavior against the injured party of threats or intimidation, emotional or verbal abuse, forced isolation, sexual extortion or sexual abuse, or stalking or aggravated stalking as defined in Section 97-3-107, if the pattern of behavior rises above the level of unkindness or rudeness or incompatibility or want of affection.

One thought on “Fault Grounds for Divorce in Mississippi: Updated!”