“Bow Ties are believed to have originated among Croatian Mercenaries during the Prussian wars of the 17th century.  These Croat mercenaries used a ‘scarf’ around the neck to tie the opening of their shirts.  This was soon adopted by the French upper classes in form of the cravat. From there the neck-ware flourished in the 18th and 19th centuries.” http://en.wikipedia.org/wiki/Bow_tie

I celebrated the day by wearing a bow tie to Court.  It probably had no impact on the outcome, but the judge made a comment about it.  He has “worn one once or twice,” but has not mastered tying one, just yet.

The bow tie is frequently a topic of conversation.  I was recently told that only 2 types of people wear bow ties; 1) law professors and 2) clowns.  The person saying this, I think, was trying to make a mild insult.  They asked which was I.  I responded with “law school professor.” It’s true.

I have previously blogged on “Why the Bow Tie.”

I know what you are thinking,

“Who are some Notable bow tie wearers?”

You may also contact Matthew with your family law case, question or concern at (601) 850-8000 or Matthew@bowtielawyer.ms

Today, the 1st graders got to dress up like what/who they wanted to be when they grew up and say why…

His first choice was the “Avatar, the Last Airbender.”  When we discussed that he was a fictional character and his mom would not let him shave his head and tattoo an arrow on it, he chose a lawyer! I was proud.  But, being the Avatar would be cool! 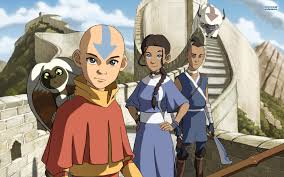 You may also contact Matthew with your family law case, question or concern at (601) 850-8000 or Matthew@wmtlawfirm.com.

I have previously blogged on why I am the Bow Tie Lawyer and how I came to sport bow ties.  I recently read an article about how beards change not only one’s appearance, but also how they are perceived and it made me realize the bow tie also changes not only the person that wears it, but also those that come into contact with the bow tie wearer.

How, you ask, can a mere bow tie change someone?  A bow tie is just a narrow piece of cloth, placed around the neck and collar, tied into a bow, and usually worn on special occasion, also known as a dicky bow.  Here are some beneficial changes;

And, there are some not so beneficial changes;

The good news is that bow ties are coming back into the mainstream. So, hopefully, if you wear one enough bow ties will once again gain wide acceptance, minimizing the negatives.

Matthew Thompson is a family law attorney that wears bow ties.  He is also the exception to the rule as all age groups think he and his bow ties are quite dashing and smart.  Trust the Bow Tie.

You may also contact Matthew with your family law case, question or concern at (601) 850-8000 or Matthew@wmtlawfirm.com.