In Mississippi we pick our judges like we pick class favorites. The winner is whoever gets the most votes. The qualifying deadline passed, just minutes ago, and below are your candidates.

This post is focused on certain Family Law Judge races primarily, because that is what I primarily do. I will expound on other judicial races in future posts. This link will take you to all of the candidates.

The rumor mill had her retiring effective the end of this year and that appears true as she is not listed among the candidates.

Qualified early and is in it to win it.

Recently qualified. Interestingly, this is Judge Wise’s daughter. She was technically running against her mother for a few weeks.

Qualified early and was hoping to be the only candidate in the field. However, three additional candidates qualified to run for this spot this week. This is an Open seat due to Judge Singletary’s announced retirement.

Place 2 is the race to watch in Rankin. Judicial stalwart John Grant is retiring.

This should be a tight race. This is an open seat due to Judge Mason’s retirement. The winner will have big shoes to fill with Mason’s retirement, but will have perhaps the best asset possible across the hall for all things Chancery, their colleague Judge Larry Primeaux.

This is an open seat due to Judge Barnwell’s retirement.

Judge Shoemake had an opponent early on who withdrew to run for Andy Gipson’s position once Gipson was elevated (removed) from the legislature. Buffington is a familiar name, but it is NOT the previous Judge Buffington, that was Larry. This will be an interesting race to watch. Shoemake has some weak spots…

This race is exciting because of the candidates. Judge Steckler is the incumbent. Judge Alfonso is a former Chancellor who left Chancery for Youth Court (County Court) and is now running. This makes a very recent former Chancellor against a current Chancellor and they actually served together.

Attorney Ellis, a practitioner, has some acclaim for a case of first impression in Mississippi that ultimately made law that a child born of the marriage, of a same-sex marriage is of the marriage, even though genetic material may have come from a different source.

There are other hotly contested races in Starkville, Hattiesburg, the Coast and other judicial positions. Stay tuned for the 411!

Matthew Thompson is a lawyer and will likely run for judge in 15-25 years. It’s never too early to start campaigning!

It is the season of qualifying for Judicial candidates. 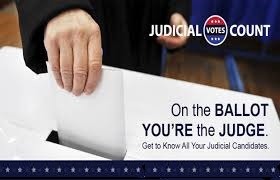 From now through May, persons qualified to run, may throw their hat in the ring to become your next family law judge. The requirements are fairly basic for Chancellor;  be at least 26 years of age, a practicing attorney for five years, and a citizen of the state for five years. Miss. Const. of 1890, Art. 6, §§153 and 154; Miss. Code Ann. §9-5-1, and pay a fee of $100 to the Secretary of State’s Office.

Below is the current listing and the geographical area that the Judges are in. There will be many more persons qualifying in the coming weeks.

Stephen T. Bailey Chancery Court Judge 1, 4 *(The first number is the District, the second is the place.)

Bailey was recently appointed after the resignation of T.K. Moffett. Bailey was a solid choice for the appointment and will likely win even if opposed.

Judge John Hatcher just announced his retirement which will mean another spot is available in this District.

Current Chancellor. Judge Thomas will have this position for as long as he wants it.

Hinds County will be very interesting to watch as the three other current Chancellors, Owens, Singletary, and Wise, have all considered retirement.

This is a race to watch. Judge Williams, I believe, is retiring, and this a large area with lots of attorneys and will be interesting to see who qualifies.

I do not expect challengers to either sitting Judge, but it could happen.

This is another race to watch. Long serving Judge Mason is retiring and there are multiple quality candidates for this position.

The judicial race for Starkville, Columbus, Westpoint, etc. will be fun to watch. All three current chancellors, Colom, Burns and Davidson, are retiring. This means there will be three new family law judges for this district. I expect a lot of candidates and several of the more talked about names have not yet qualified.

Place 2 is a race to watch. Judicial stalwart John Grant is retiring and I expect 3-5 candidates for this position. It will also be a close race as those qualified, and expected to be, are all great candidates.

Matthew Thompson is a Family Law Attorney in Mississippi and has practiced in most Chancery Court districts in the State. 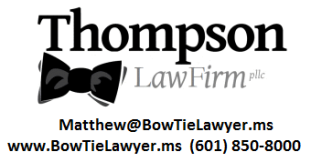 There are a myriad of candidate seats, but this post concerns the local Family Law Judge races.

Two candidates are vying for this seat.

The front-runner for this seat is James Walker. Walker has the backing of the majority of Family Law and Chancery practitioners in the district. Walker has also worked the beat for this seat. Walker has been at almost every festival, civic event, meet and greet and ribbon cutting in all four counties. If you do not know about this candidate, who he is and what he stands for at this point, it is not for his lack of effort. Walker is the current Family Master for the District; hearing Emergency Petitions,Temporary Hearings and the types of matters the current Chancellors hear. Walker is the former staff attorney for Judge Cynthia Brewer, former staff attorney for DHS and has his own private Chancery practice law firm.

Attorney, Pearlene Jones is the other candidate that has qualified to run.  She is a resident of Lexington,  in Holmes County. She formerly served as the County Prosecutor for Holmes County, a part-time, elected position.

Attorney Jones has been at events local to Holmes County, but I am unaware of any significant campaigning in the other counties.

James Walker will hands-down be elected to this post.

Rankin Counties race will be closer. There are 4 really good candidates for one spot.

I think Roberts is the front-runner due to having previously served as the Staff Attorney in Rankin County for Judges Grant and Fairly for the past eight years. He has been involved “in over 10,000 cases. Roberts is also serving as the Family Master. The Family Master is a part-time Judge hearing Emergency Petitions,Temporary Hearings and DHS matters.

Prentiss Grant “has lived and built his law practice in Rankin County for the past twenty-six years. Prentiss’ law practice is concentrated in family law, and eighty percent of his cases are tried in Rankin Chancery Court.”

Rusty Williard has “spent 30 years trying Chancery cases and 15 years [in] Rankin County.”  Williard is a self-proclaimed “ruthless defender of the rights of children in chancery court and with juvenile defense matters, he is currently a certified Guardian Ad Litem as well as a Youth Court advocate.

Jim Nix, who I affectionately referred to as the ghost, has come on strong.  He is running a “grass roots” campaign and not accepting any campaign contributions.  “He has over 35 years experience in Chancery Law, is not a part of the Rankin County Power Group.” I called him the ghost because at qualifying time he was a relative “unknown” candidate. Since that time i have educated myself and I like Jim Nix.

Matthew Thompson is a Family Law Attorney in Mississippi and encourages all citizens to vote on Tuesday, November 3, 2015. 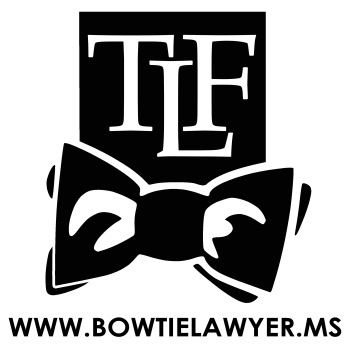 *Thompson Law Firm has contributed to the James Walker campaign and was on the Host Committee for a Meet and Greet for the Candidate.