Sitting Chancery Judge John McLaurin cruised to victory in Tuesday’s election, garnering over 75% of the vote. No small feat since about half of the time one litigant in his Courtroom could easily end up very dissatisfied. The citizens of Rankin County did well to retain Judge McLaurin. 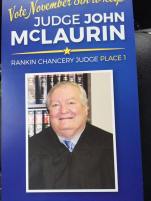 You may also contact Matthew with your family law case, question or concern at (601) 850-8000 or Matthew@bowtielawyer.ms

Again?!? It seems there is a Judicial race every year. Normally, this is not the case, but the legislature saw fit to create new judicial positions and with the untimely passing of a sitting Chancellor, another election is around the corner.

Rankin County Mississippi will host a contested Chancery Judge election this fall. Contested in the nicest sense of the word!

Running as the incumbent is John McLaurin.

John McLaurin was selected by Governor Bryant to fill the vacancy left by Judge Dan Fairly’s passing. Judge McLaurin served as the Family Master for Rankin County since 2007, hearing the exact type of cases he now hears as a full-time Chancellor.

Judge McLaurin “has extensive legal experience with heavy emphasis in the chancery court system. He is a lifelong resident of Rankin County…” said Bryant.

McLaurin holds a bachelors degree from Vanderbilt University and graduated from the University of Mississippi School of Law. Prior to taking the bench, he practiced law at McLaurin & McLaurin since 1976.

McLaurin is a lifelong member of Brandon First United Methodist Church. He and his wife, the late Carol Noel McLaurin, were married for 33 years. They have two adult children and two granddaughters. http://www.governorbryant.com/gov-bryant-appoints-john-mclaurin-jr-as-rankin-county-chancery-judge/

* As a point of interest, McLaurin is the great-great nephew of the former Governor of Mississippi, and U.S. Senator, Anselm McLaurin, and is related to the late Robin Williams.

Running as the challenger is James “Jim” Nix.

Jim has practiced law for over 35 years and same was devoted almost exclusively to matters which are within the substantive jurisdiction of the Chancery Court.

You may remember attorney Nix from the last contested Rankin County Chancery race.

Neither candidate has really cranked up their political machines. However, this will be the most civil and professional contested race, ever, in Mississippi.

Matthew Thompson is a Mississippi Family Law Attorney and wishes both candidates could win.

Follow the blog: BowTieLawyer Visit the website: Thompson Law Firm You may also contact Matthew with your family law case, question or concern at (601) 850-8000 or Matthew@bowtielawyer.ms

Rankin County Chancery has a new Judge, but a familiar face. 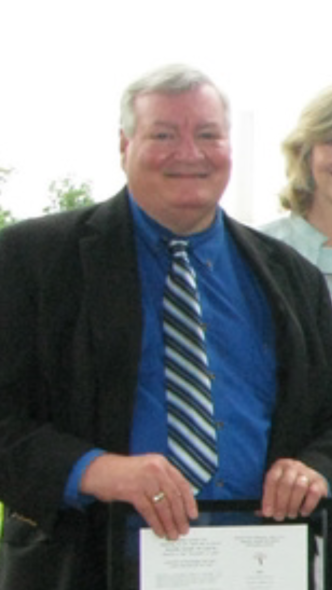 John McLaurin has been tapped by Gov. Bryant to fill the vacancy by Judge Dan Fairly’s recent passing. Judge McLaurin has served as Family Master for Rankin County since 2007, hearing the exact type of cases he will now hear as a full-time Chancellor.

There will be no learning curve here. Attorneys, litigants and those involved in Chancery matters can expect business as usual.

This was a sound and timely appointment.

* As a point of interest, McLaurin is the great-great nephew of former Governor of Mississippi and U.S. Senator Anselm McLaurin, related to the late Robin Williams and practiced law in Rankin County with his brother, Anse McLaurin.

Matthew Thompson is a Family Law Attorney and reminds those interested that this just fills one spot in Rankin Chancery. There is still a new position to fill in the general election. Stay tuned.

You may also contact Matthew with your family law case, question or concern at (601) 850-8000 or  Matthew@bowtielawyer.ms.